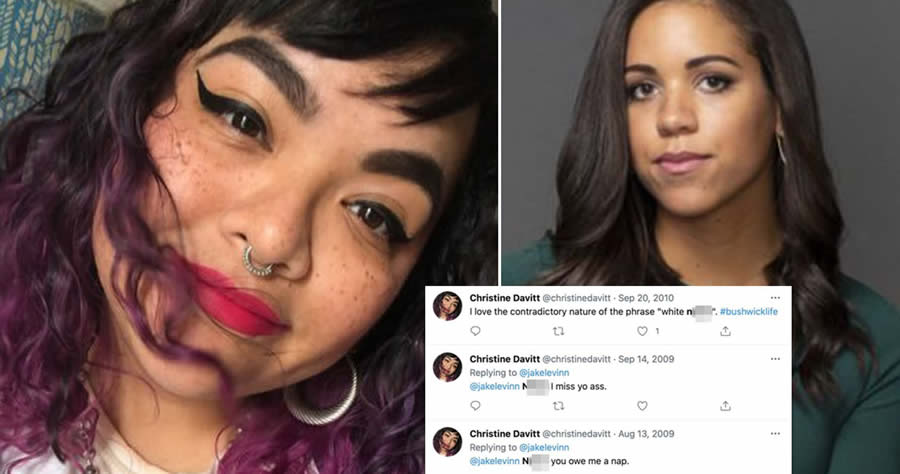 A senior Teen Vogue staffer who wrote a letter sharing her unease about former editor-in-chief Alexi McCammond’s tweets allegedly used the N-word in tweets from over a decade ago, Fox News reported.

Christine Davitt, Teen Vogue’s senior social media manager, tweeted “Ni**a I miss yo a**” and “Ni**a you owe me a nap” to her friend in 2009, according to Fox News. In 2010, she tweeted, “I love the contradictory nature of the phrase ‘white ni**a’. #bushwicklife.”