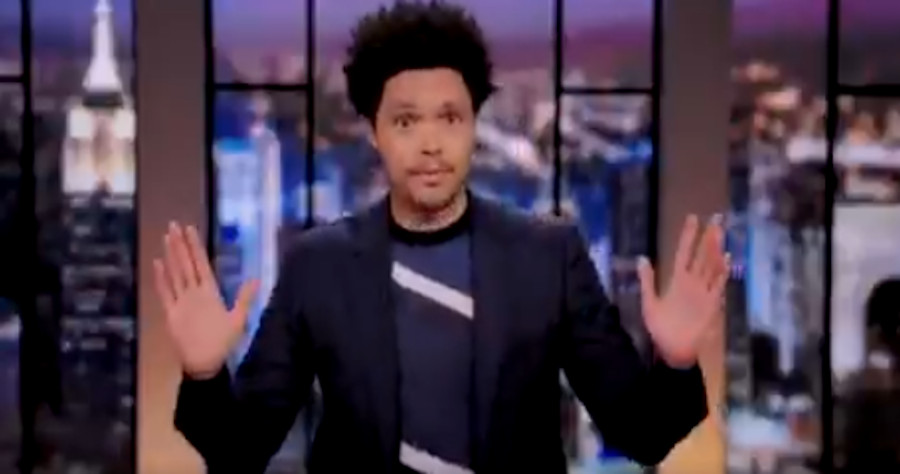 Democrats and the liberal media called Donald Trump a puppet for Putin for years. Yet Putin didn’t invade Ukraine until Joe Biden was president.

Liberals have tied themselves in knots trying to explain this and have come up with nothing but nonsensical hypotheticals because they can’t change the facts.

On Friday, leftist late-night host of HBO’s “Real-Time” Bill Maher questioned why, if Trump was Putin waited until Trump was out of office to attack Ukraine if Trump was “really that supportive of him [President Trump], why didn’t he invade when Trump was in office?”

“It’s at least worth asking that question if you’re not locked into one intransigent thought,” Maher told his audience.

Bill Maher went ahead and said it pic.twitter.com/kn8Nh4EtKi

Bill Maher wasn’t the only late-night host who criticized Biden and defended President Trump. Trevor Noah, one of Trump’s biggest critics, bashed Joe Biden for his reckless handling of the Russia-Ukraine crisis and mocked him after it was reported that Saudi Arabia and UAE refused to take his calls as Biden begged other oil-rich nations for fossil fuels. Noah told his audience this would never have happened if Trump were still President because “no one would be ignoring his calls,” saying, “If Trump were President, the UAE and Saudi Arabia would be running to take his calls.”

“It is better to be feared than to be loved, if one cannot be both.”

Bill Maher, Trevor Noah & many other Leftists are starting to realize Beijing Biden does not command fear, love or respect on the world stage.

This bodes poorly for the future of America & the West. pic.twitter.com/iJ05cpzxNG

Last night, Comedy Central’s Trevor Noah set the woke Democrat’s hair on fire again when he questioned the ridiculous hypocrisy of the Democrat mayor of New York’s vaccination policy that forced New Jersey Nets unvaccinated star player Kyrie Irving to sit court-side without a mask or vaccination while watching his teammates play, but wasn’t allowed to join them on the court because he’s unvaccinated?

“Shit like this makes zero sense. Can we agree on this? So Kyrie can go inside, not wear a mask, even hug a teammate, but he cannot play … Does the ball have a weak immune system?” Noah asked.

Watch the woke host awaken in front of his viewers:

Comedy Central’s @Trevornoah on Kyrie Irving be allowed to watch Nets games but not play:

“Shit like this makes zero sense, can we agree on this? So Kyrie can go inside, not wear a mask, even hug a teammate but he cannot play … Does the ball have a weak immune system?” pic.twitter.com/UJWZ1oAx0v

It would appear that the Democrats have overplayed their authoritarian hand and are about to pay a steep price at the polls. When the late-night hosts turn their backs on the Democrats, they are in very big trouble.