Whoopi Goldberg: ‘You can have your other yee-haw guns’ [VIDEO] 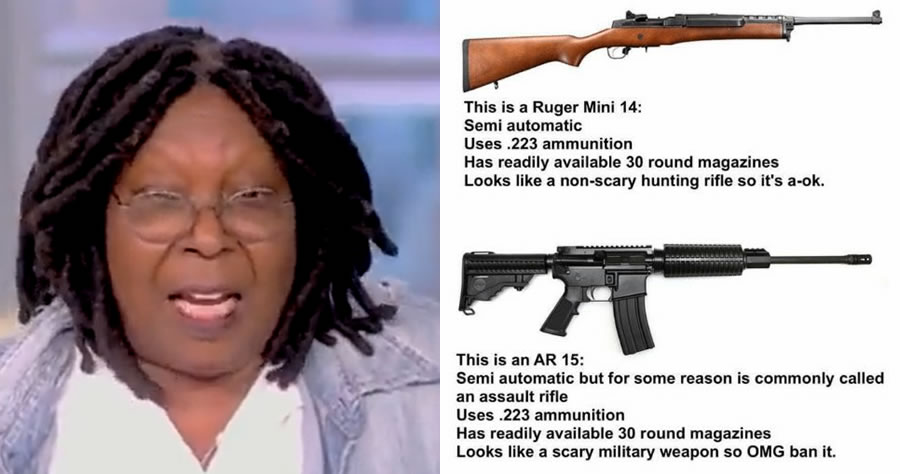 Tuesday on “The View,” Whoopi Goldberg told gun-owning Americans that they can keep their “yee-haw guns,” but it’s time to give up their AR-15s in light of the deadly mass shootings in Uvalde, Texas, and Buffalo, New York.

“You can have your other yee-haw guns, whatever you want. The AR-15 is not a hunting gun. It is not a gun where you’re going to go out and shoot your dinner. This gun is meant to kill people. That’s what it’s for. And you can’t have it anymore.”

"You can have your other yee-haw guns, whatever you want," Whoopi Goldberg lectures Americans, says the AR-15 "has got to go." pic.twitter.com/0efyxqO6vg

Does one use “yee-haw” as a specific type of gun when shopping price? What’s the caliber?

Yeah she was apparently of an anti-South mindset during this rant. She made a reference to using the Bible “down south” too. As an 10th generation Southerner PLEASE keep disparaging us so folks won’t want to move here and turn us into Nashville or Austin

Well at least Whopping said we can keep out ‘yee-haw’ guns! Tell me Whoopi, what’s the difference between these two? Which is a ‘yee-haw’ gun and which ‘assault rifle’? Oh, I know. The black gun looks scary – it MUST be the ‘assault rifle’ (doesn’t exist for civilians). pic.twitter.com/sIYOSPNPYv

Stop making sense and using logic, it just gets in the way.