‘Who’s The Jack*ss That Said That … Pisses Me Off’: Weatherman Goes Off On Gov Northam During Live Broadcast 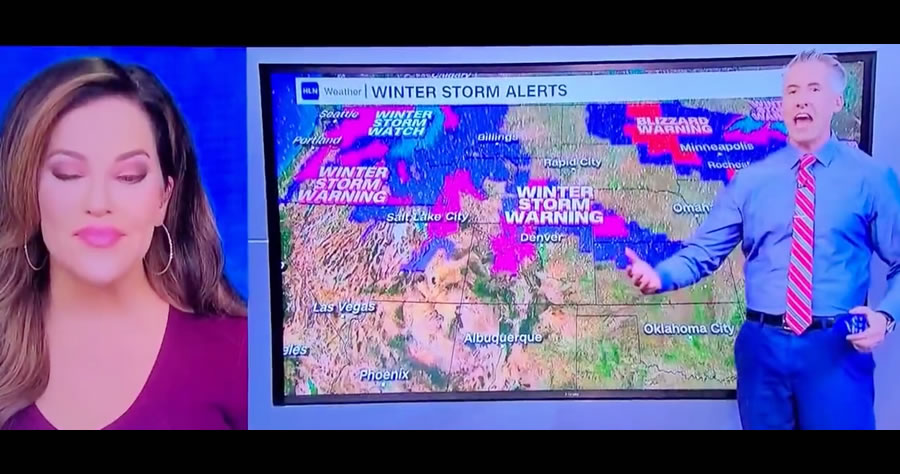 A weatherman for HLN lambasted Democratic Virginia Gov. Ralph Northam on air Wednesday morning for his comments on his state government’s response to heavy snowfall and massive traffic delays.

A snow-covered I-95 in Virginia left thousands of drivers stuck on the highway for several hours, with some trapped for more than a day. After HLN anchor Robin Meade said Northam insisted that his administration thought there would only be a few inches of snow, rather than a foot, meteorologist Bob Van Dillen called the governor out.

“Who’s the jackass that said that?” Van Dillen asked. “We had it pegged for like three days (in) advance. You knew it was going to be a lot of snow.”

“We were adding to it. Six to eight was the forecast, and they got about an extra four,” Van Dillen said. “Shut up, dude.”

The weather dept. @ #HLNTV is HOT 🔥 this morning.
Someone get Bob some ice 🧊. 🌊🏄‍♂️ #WinterStorm #I95 #snowstorm pic.twitter.com/i4ExolKpyR