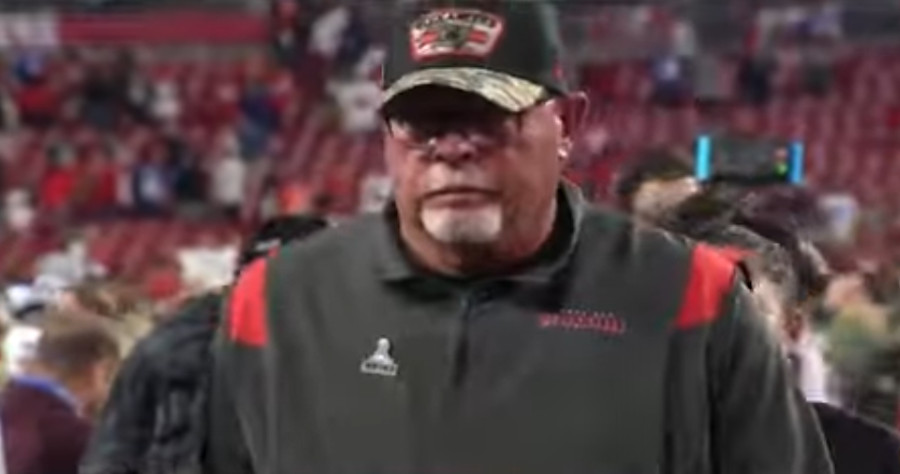 The NFL just couldn’t get through the end of March without at least one more surprising offseason move.

The Buccaneers announced Wednesday night that Bruce Arians has elected to step down as the team’s head coach and shift into a front office role as a senior football consultant. With Arians no longer patrolling the sidelines, Tampa Bay has elevated defensive coordinator Todd Bowles to head coach.

“I am appreciative of the Glazer family and [general manager] Jason Licht for having faith in me to take on this role, and to coach Arians for his support and guidance over the past four decades,” Bowles said as part of the team’s announcement. “Tampa has become home for my family, and we are excited to remain part of this community for years to come.

“As an organization, we have all the pieces in place to continue the winning standard that has been established here in recent years. I am eager to get started with our players, coaching staff, and front office in preparation for the 2022 season.”

Why did Bruce Arians resign as Buccaneers head coach?

Arians released a lengthy statement on Wednesday, explaining that he had already accomplished everything on his “career bucket list” after Tampa Bay won Super Bowl 55. The 69-year-old declared the decision was not related to his health status — he was diagnosed with prostate cancer in 2007 and skin cancer in 2013, and he coached with a torn Achilles last season — but rather him being ready to hand the reins to Bowles.

“I really began thinking about my personal transition plan earlier this offseason. I wanted to ensure when I walked away that Todd Bowles would have the best opportunity to succeed,” Arians said. “So many head coaches come into situations where they are set up for failure, and I didn’t want that for Todd.

“Tom [Brady’s] decision to come back, along with Jason and his staff doing another great job of keeping the core of this team intact during free agency, confirmed for me that it was the right time to pass the torch to Todd.”

In a conversation with NBC Sports and the Los Angeles Times, Arians said Brady unretiring and rejoining the Bucs made him more comfortable leaving because the franchise is still in a good place.

“Tom was kind of the key,” Arians said. “When Tom decided to come back… and all of these guys back now, it’s the perfect timing for me just to go into the front office and still have the relationships that I love.”

Arians also shot down any rumors of friction between him and Brady playing a role in his decision.

“Tom was very in favor of what I’m doing,” Arians said. “I mean, I had conflicts with every player I coached because I cussed them all out, including him. Great relationship off the field.”