‘Why Did You Say It?’: Sen. John Kennedy And Biden Nominee Trade Barbs In Heated Exchange [VIDEO] 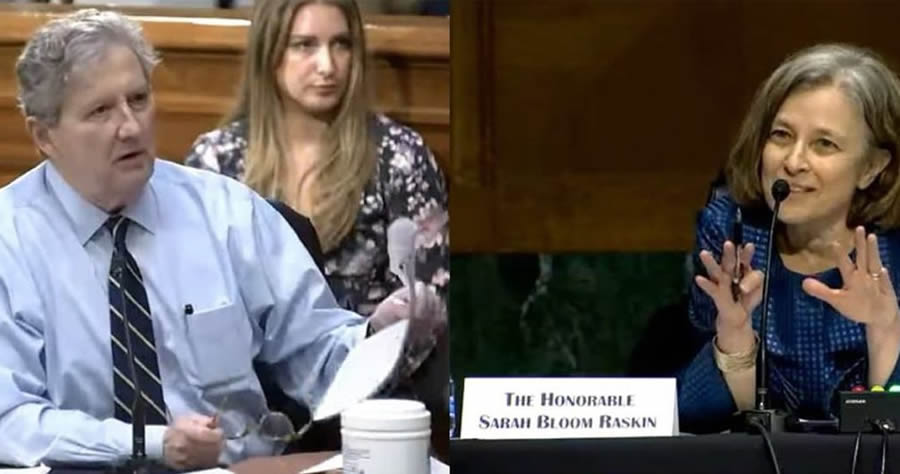 Republican Louisiana Sen. John Kennedy grilled Sarah Bloom Raskin, President Joe Biden’s nominee for the Federal Reserve’s vice chair for supervision, over her past comments regarding the oil and gas industry during a Thursday confirmation hearing.

Kennedy took issue with Raskin’s New York Times opinion piece from May 2020, in which she argued against the Federal Reserve’s support for the oil and gas industry despite the financial hardships caused to companies by the pandemic.

“May 2020. World economy is melting down, because government shut it down. We’re trying to hold it together with bailing wire, duct tape, spit and happy thoughts. And you say, ‘that’s great, but we ought to let oil and gas companies go broke,’” the senator said. “Did you really mean that?”

The president’s nominee said in response that she believed the Fed’s role to be not the one of picking “winners and losers.”