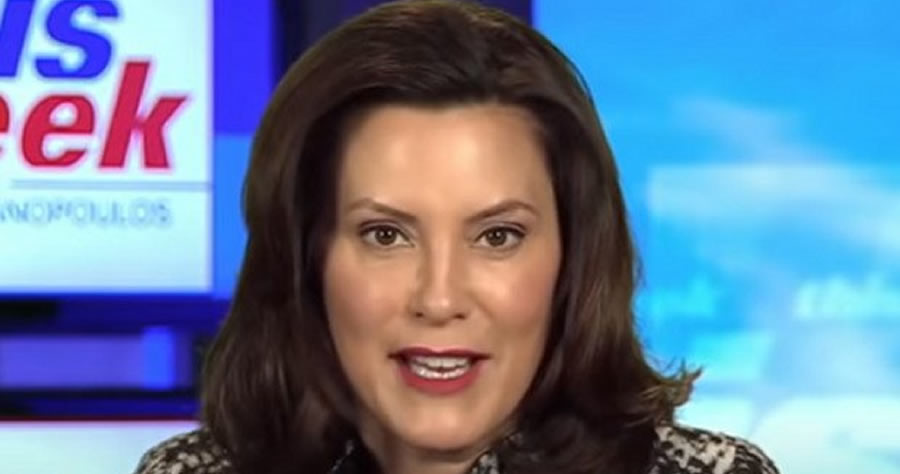 States throughout the American southeast are in a full-blown gas crisis.

Some gas stations are raising prices to ridiculous levels while many of them don’t even have any gas.

As all of this is unfolding, Michigan Governor Gretchen Whitmer has decided that now is the perfect time to shut down an oil pipeline from Canada. Why?

Michigan Gov. Gretchen Whitmer ordered a Canadian energy company to shut down an oil pipeline long targeted by activists despite fuel shortages brought on by the cyberattack on the nation’s largest pipeline….

Why is Gretchen Whitmer is trying to shut down a Michigan pipeline in the middle of a national gas crisis?

“These oil pipelines in the Straits of Mackinac are a ticking timebomb, and their continued presence violates the public trust and poses a grave threat to Michigan’s environment and economy,” Whitmer’s office said in a statement about the pipeline.

Whitmer gave Enbridge, the company that runs the pipeline known as Line 5, until Wednesday to shut down amid fears that it could spill any day. Enbridge, however, said the pipeline has been in operation for 67 years and has not once had a leak, though a different Enbridge pipeline did spill nearly a million gallons of oil into the Kalamazoo River in 2010.

The company said it has been “working to tunnel beneath the lake bed to further improve the safety of the pipeline” after it was hit by boat and anchor cables in recent years.