UNCENSORED! Will Smith Struck Chris Rock In The Face At Oscars After He Cracked A Joke About Jada Pinkett Smith’s Hair Loss [VIDEO] 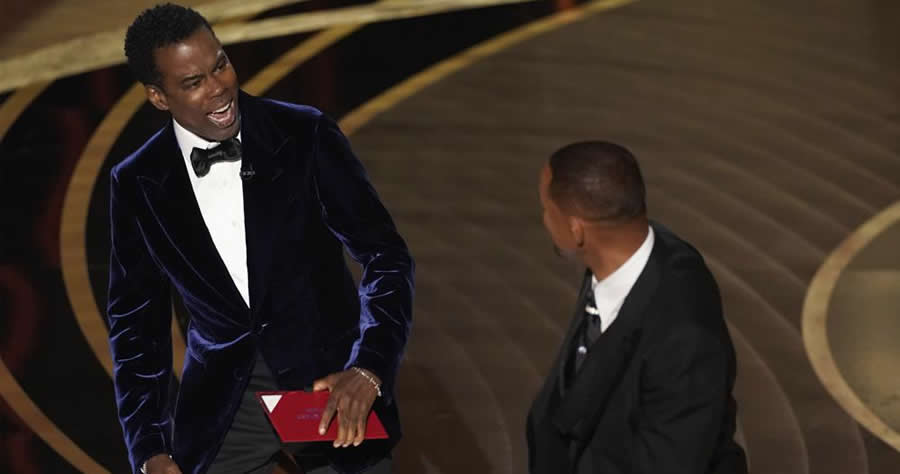 Will Smith shocked everyone Sunday night at the 94th Academy Awards show after he walked on stage and struck Chris Rock right in the face after Rock cracked a joke about Jada Pinkett Smith’s hair loss.

During a segment at the Oscars, the 57-year-old comedian remarked about how no one was wearing a mask in the theater before he turned his attention to Denzel Washington and praised him for his part in the movie “The Tragedy of MacBeth.” The superstar comedian then spotted Will Smith’s wife in the audicen and cracked a joke about how Jada was going to be in the next “G.I. Jane” movie.

The “Red Table Talk” host rolled her eyes and appeared to be upset.

Her husband, the “King Richard” star, looked like he did to not appreciate what appeared to be a remark about his wife’s alopecia battle.

The superstar actor got up out of his seat, walked right up on stage, and struck the comedian in the face. It didn’t appear to be a planned move.

also Rock reacted blankly but shaken. that could be acting. but then he deserves an oscar for that.

UNCENSORED WILL SMITH FOOTAGE AS SHOWN ON AUSTRALIAN TV pic.twitter.com/NcRfdjWxqe

What the hell? Fresh Prince lost his mind and his sense of humor. Has he seen that movie?

Just saw the Will Smith slap. Anyone have a late night show I can borrow just for tomorrow?

Everyone at the Oscar’s when Will Smith assaulted Chris Rock on national television #Oscars pic.twitter.com/VX7EzFyJ22