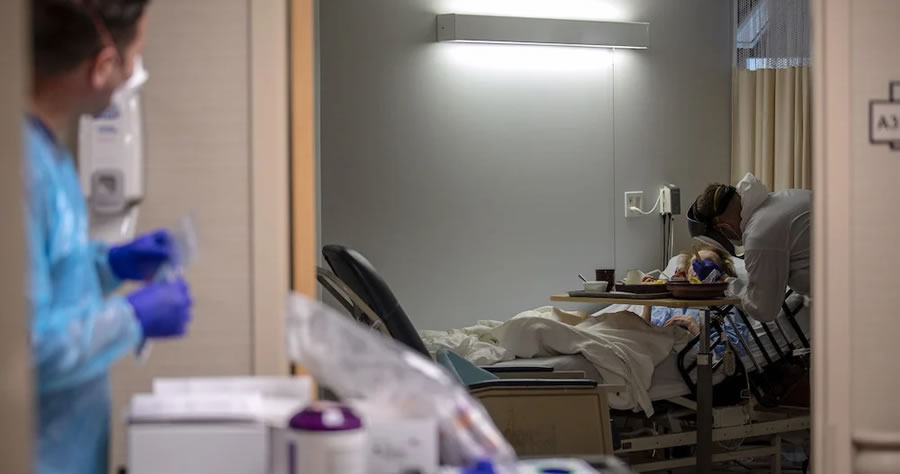 Racine County, Wisconsin law enforcement blew the 2020 election integrity question wide open on Thursday after an investigation into one nursing home. It revealed not only that state election officials flagrantly broke the law and ordered health-care employees to help them, but that the problem likely runs much deeper throughout the swing state’s other 71 counties.

An “election statute was in fact not just broken, but shattered by members of the Wisconsin Elections Commission,” Sheriff Christopher Schmaling said during a Thursday press conference in which he and Sgt. Michael Luell detailed the findings of an investigation into Ridgewood Care Facility.

The investigation came about when a woman named Judy signed a sworn affidavit with the Wisconsin Elections Commission after she discovered that her mother, who had died on Oct. 9, 2020 after a period of severe cognitive decline, had voted in the 2020 presidential election. The affidavit was later passed along as a complaint to the county district attorney.

Judy alleged that her mother Shirley’s mental state had deteriorated so far that she was having hallucinations and wasn’t able to recall what she had eaten during a day or even what day it was. According to Judy, her mother couldn’t see — her glasses were broken, and she couldn’t even recognize her own daughter — so even if she were of a sound mind, she wouldn’t have known whether someone assisting her with a ballot had voted according to her wishes.

Luell, who led the investigation at the request of the district attorney, found an unusual spike in voting at this care facility: 42 people had voted in the 2020 presidential election. That number is usually 10. Furthermore, in 2020, 38 people had requested absentee ballots, up from the usual 0-3 in normal years.