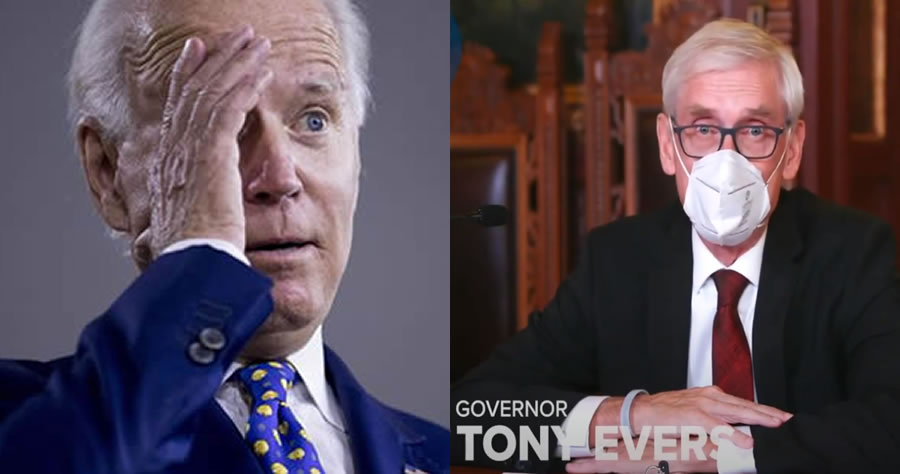 The Wisconsin Supreme Court has struck down a mask mandate put in place by Democrat Gov. Tony Evers.

In a crucial 4-3 ruling, the state’s Supreme Court ruled that Evers mandate exceeded his authority.

The decision comes after the state’s legislature voted to repeal the mask mandate in February.

The court ruled on Wednesday that Evers was only able to issue public health emergencies for just 60 days, to which any decisions would need legislative approval.
“The question, in this case, is not whether the governor acted wisely; it is whether he acted lawfully. We conclude he did not,” Justice Brian Hagedorn wrote, according to The Associated Press.