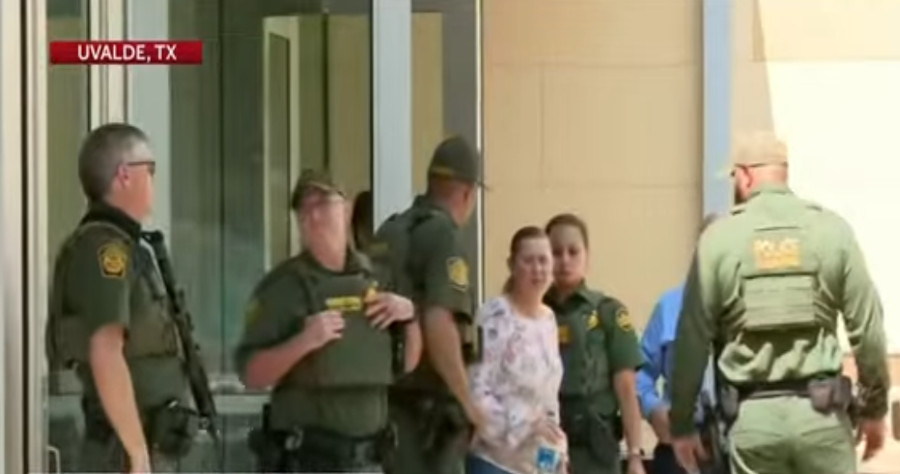 Law enforcement officials are facing questions about how much time passed before they stormed into an Uvalde, Texas, elementary school to end the mass shooting Tuesday in which 19 children and two adults were killed.

Witnesses say they watched helplessly outside the school while officers waited at least 40 minutes to enter Ross Elementary and stop the shooter, who was eventually fatally shot by law enforcement.

Parent Javier Cazares, who lost a fourth-grade daughter in the attack, said when he arrived at the school police were still gathered outside, according to a report Thursday by the Associated Press.

A father whose fourth-grade daughter was killed in the mass shooting said law enforcement was “unprepared.”

“Let’s just rush in because the cops aren’t doing anything like they are supposed to,” he said. “More could have been done. They were unprepared.”

Investigators of the active-shooting event have been unable to determine whether an armed school district security officer exchanged fire with the 18-year-old gunman when he arrived Tuesday morning.

They are also still working to determine a motive of the shooter, Salvador Ramos, who authorities say had no known criminal or mental health history.

Ramos was reportedly killed by a Border Patrol officer. However, a law enforcement official with insight into the situation told the wire service that Border Patrol agents had difficulty opening the door of the classroom in which the shooter was barricaded and had to ask a staff member to retrieve a key.

Texas Department of Public Safety Director Steve McCraw said Wednesday that between 40 and 60 minutes passed from when Ramos first began shooting to when the tactical Border Patrol team member shot him.

But later, a spokesperson for the department was unable to give a solid estimate for how long the gunman was in the school. McCraw says that law enforcement “did engage immediately.”