Woke Church Or Just Racist? Giving Up ‘Whiteness’ For Lent 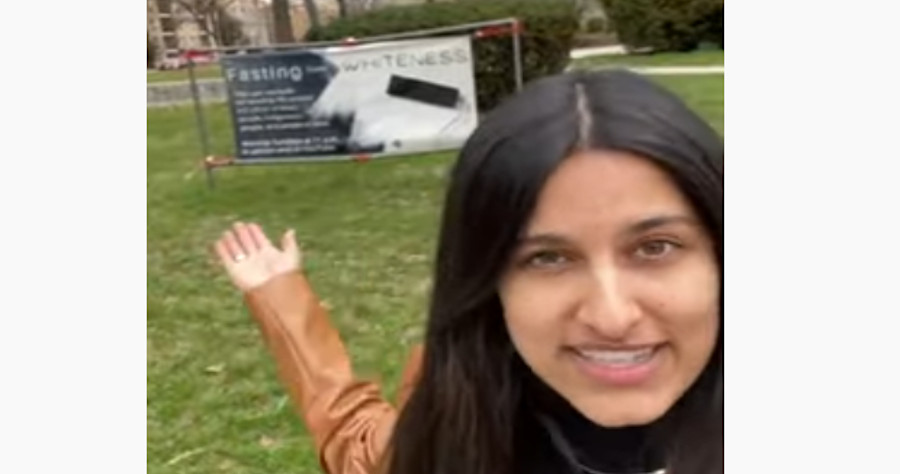 The genuinely ignorant are not only inclined to show themselves. Sometimes they advertise it. Take this so-called place of worship in Illinois. They’ve decided to give up something for Lent. Whiteness.

The First United (“United,” really?) Church of Oak Park, Ill., is giving up all things honky for Lent. You can read all about it on their website:

For Lent this year, First United is doing a mix of “giving something up” and “taking something on.” In our worship services throughout Lent, we will not be using any music or liturgy written or composed by white people. Our music will be drawn from the African American spirituals tradition, from South African freedom songs, from Native American traditions, and many, many more.

The church has the audacity to continue with this:

For Lent, it is our prayer that in our spiritual disciplines we may grow as Christians, united in the body of Christ with people of all ages, nations, races, and origins.

Okay, I added “except whitey,” but you see my point.

CLOWN WORLD: A woke church in Illinois is fasting from “WHITENESS?” This is not a church, these are wolves in sheep’s clothing pushing doctrines of demons. @TPUSA

Hey, wait a minute, that priest is WHITE. #Unacceptable

People daring to call themselves Christians have decided to avoid all things Caucasian. Judging by the church’s video, 99.99% of the congregation accepting communion is white, which tells me that 99.99% of their donations come from those despicable white people. Is the church not taking money from those white devils?

Six of the church’s eight staff members are white. The website doesn’t clarify if the white employees were dismissed for the duration of Lent.

Some people, like this woman in the video below, aren’t happy with the church’s blatant racism.

The woke church’s website claims they welcomed “lesbian, gay, transgender, and bisexual individuals into the church both as members and as pastoral staff” in 1995, but the word transgender wasn’t even heard of then.

All masses for the duration of Lent will be devoid of songs and rituals created by white people. I’m not sure where in the Bible this comes from. Probably the same chapter that tells people to celebrate the resurrection of Christ with chocolate eggs delivered by a large rabbit.

The woke mob won’t stop until our culture is destroyed. They are now taking over our churches. Fight back!