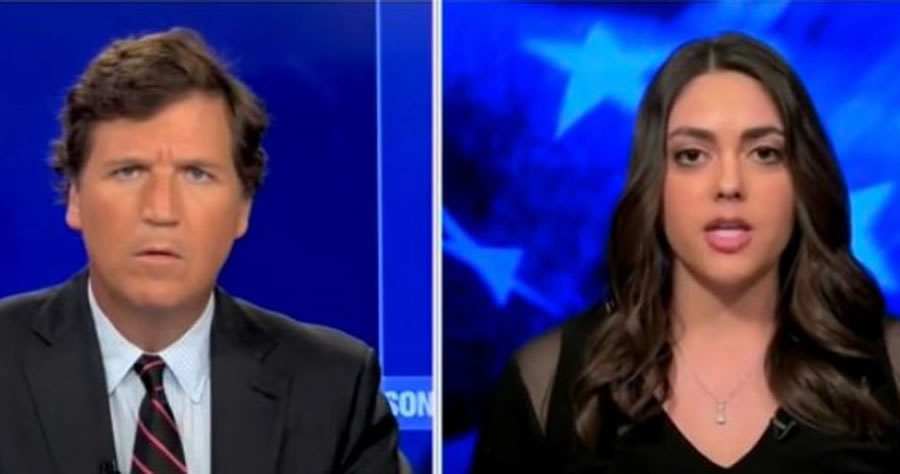 The Spectator’s Washington editor and former Daily Caller reporter Amber Athey called out Cumulus Media, the parent company of radio station WMAL, for firing her over a series of tweets Tuesday.

Athey, a former “O’Connor & Company” co-host, was fired by the company’s vice president, Jeff Boden, and vice president of human resources, Kriston Fancellas, on March 9 after receiving waves of backlash from left-wing activists over a tweet that mocked Vice President Kamala Harris’ pantsuit.

“I wish that there was more to this story because this is so infuriating, but I have a termination letter that lays out in very specific detail that it was in fact this tweet about Kamala Harris’ outfit, and I think what happened here is that Cumulus thought … that they could just make this all go away, they could get these few activists emails, they could appease the mob if they just fired me,” she said. “Well, the first mistake is that the woke mob is never satisfied. They always want more scalps.”

“I believe very deeply that we are all obligated to speak out when injustices occur in our society,” she continued.

Athey said “we live in a very perverse and sick society” that allows for the Vice President of the United States to be the “marginalized victim” over a woman with a working-class background.

“Did they explain how it was racist that you weren’t impressed by her outfit? Did they get specific or did they just call you names and fire you?” Fox News host and Daily Caller co-founder Tucker Carlson asked.

“No, they just called me names and fired me, and I tried to defend myself but wasn’t really offered the opportunity, and I’m told that in subsequent meetings about this situation, they actually admitted that they didn’t really think that the tweet was racist,” Athey said. “What really mattered to them was the perception of it being racist by these really bad-faith, dishonest, left-wing actors.”