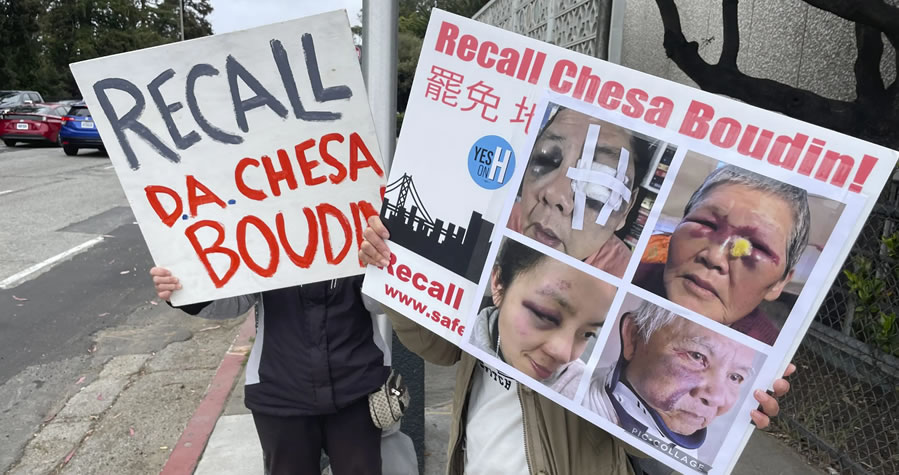 The recall effort against Chesa Boudin, a former public defender and the son of convicted Weather Underground terrorists, was supported by 61% of voters in early returns, according to NBC.

Tuesday’s recall election, Proposition H on the ballot, could prove a bellwether of voter sentiment across the US, including in New York City, where Manhattan District Attorney Alvin Bragg has faced widespread criticism since enacting a slew of progressive policies after taking office in January.

“Around the country, we have seen the rise of the so-called progressive DAs,” Richie Greenberg, a former Republican mayoral candidate and spokesman for the recall effort, told The Post before Tuesday’s vote.

“We here in San Francisco have lived it and we don’t want to see the great city of New York fall in the way that San Francisco has.”
New York does not have recall elections but its governor is empowered to remove district attorneys who fail to do their jobs.

Boudin’s loss followed February’s recalls of three San Francisco school members amid outrage over their decision to spend time renaming one-third of the city’s schools instead of re-opening classrooms closed due to the COVID-19 pandemic.

Mayor London Breed — who in December announced a crackdown in which cops would be “less tolerant of all the bulls–t that has destroyed our city” — will name Boudin’s replacement until a special election is held in November.