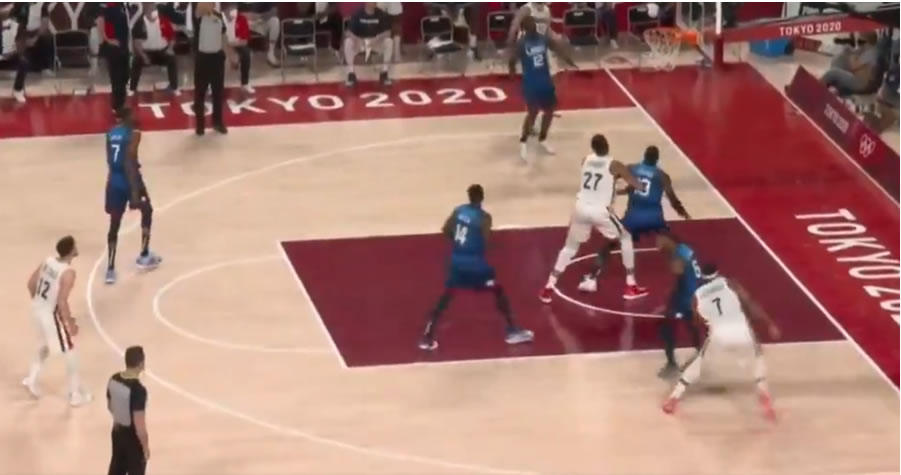 The nearly all-black (save for a “token” white guy), “woke” U.S. Olympic Men’s Basketball Team reportedly got demolished 76-83 by France at the Tokyo Olympics, triggering mockery from people fed up with the players’ “social justice” obsession.

“The Americans led Team France by seven with under four minutes remaining, but the French scored the next 14 points for a shocking 83-76 victory Sunday at Saitama Super Arena,” the New York Post reported.

“Nets star Kevin Durant was in early foul trouble and had 10 points on 4-for-12 shooting in 21 minutes before fouling out in the closing seconds. Jrue Holiday net a team-high 18 and Bam Adebayo added 12 in a rocky start for the three-time defending gold medalists,” the newspaper reported.

The Americans are the ones in blue: