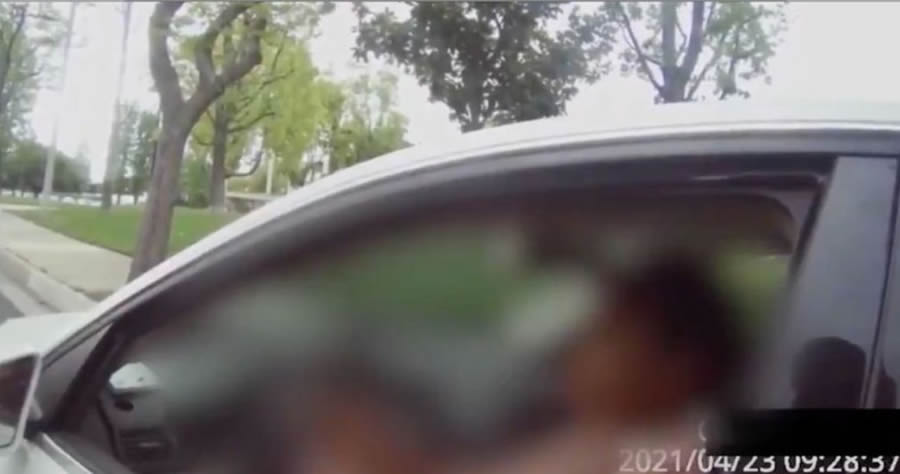 ‘Why are you harassing me?’ she asked. ‘You’re a murderer’

In a video tweeted by Bill Melugin, a woman, whose identity he didn’t reveal, was pulled over in San Dimas, California, for a traffic violation by an LASD officer, and all hell broke loose when the officer approached her vehicle.

She repeatedly called the officer a murderer, accused him of being racist, told him that he’d always be a Mexican and not white, and also proudly proclaimed to be a teacher.

You can watch her horrifying actions below.

NEW: “You’re always gonna be a Mexican, you’ll never be white, you know that?”
A Latino LASD deputy sent me his bodycam video of a woman claiming to be a teacher launching into a racist tirade against him when he pulled her over in San Dimas. She repeatedly calls him a murderer. pic.twitter.com/Cc8jSVenCQ

‘Can you tell me why I’m being harassed today? Because I was going under the speed limit.’

‘The speed limit is 40 and I was going 38, so why are you harassing me?’ the woman asks the sheriff’s deputy.

‘You’re correct,’ the deputy responds. ‘I pulled you over because…’

At this point, the woman interrupts the deputy. She tells him that she took out her cell phone to record the interaction because ‘you’re a murderer.’

‘You can’t be on your cell phone while driving,’ the deputy tells the woman.

The woman responds: ‘I was recording you because you scared me.’

‘You can’t use your cell phone while you’re driving,’ the deputy says in response.

‘I can record you,’ the woman replies.

After the deputy asks to see the woman’s driver’s license, she replies: ‘It’s at my apartment.’

‘I mistakenly left it at home,’ she adds.

The deputy then asks to see a picture of the driver’s license.

The woman says that she has a photo of her license. She then asks the deputy to ‘call your supervisor.’

‘Good,’ the woman replies, ‘because you’re a murderer.’