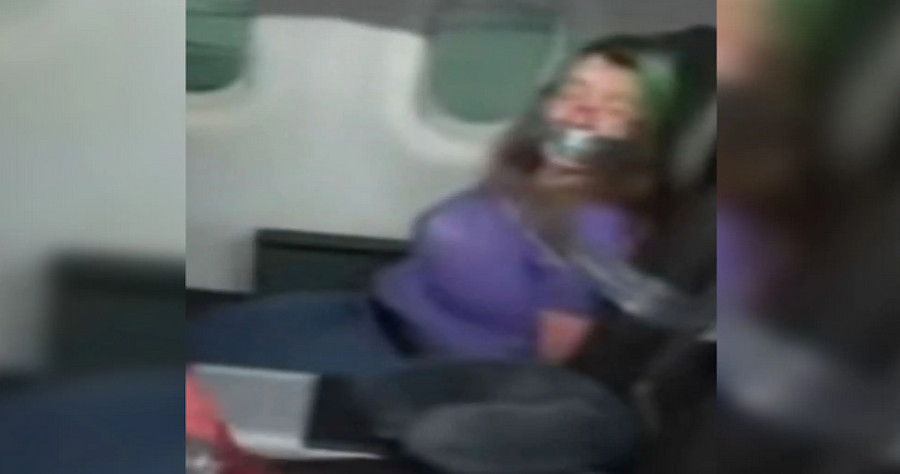 A woman who was duct-taped to her seat aboard an American Airlines plane after she allegedly attacked the crew and tried to open the door midflight faces a whopping $81,950 fine — the largest handed out by the Federal Aviation Administration to date.

The passenger took off to viral video infamy when she was captured bound to her seat on Flight 1774 from Dallas to Charlotte, North Carolina, on July 6, 2021.

She could be heard screaming, “You! You! You!” at passengers filing past her as flight attendants calmly nodded their goodbyes, according to the footage posted by TikTok user @lol.ariee.

During the flight, which had been delayed by about three hours, chaos erupted as attendants scurried about, locking bathroom doors and grabbing bags from overhead bins before the pilot asked passengers to remain seated.

Right before landing, a crew member said that the woman “had an outburst and like, had the urge to get off the plane,” the TikTok user said.

“And she was saying, ‘I need to get off this plane,’ and she went up to the exits and started banging on the doors, saying, ‘You need to let me off this plane!’” @lol.ariee said.

The airline told The Post that the woman assaulted and bit a flight attendant after she “attempted to open the forward boarding door” and was restrained “for the safety and security of other customers and our crew.”

The agency said she attempted “to hug and kiss” another passenger, tried to exit the plane midflight and bit another flier multiple times before the crew restrained her.

The two fines are part of approximately $2 million in penalties the FAA has proposed so far this year.

The passengers have 30 days after receiving the FAA’s letter to respond to the agency, which said that its zero tolerance policy against unruly behavior and its public awareness campaign have decreased such cases by almost 60%.