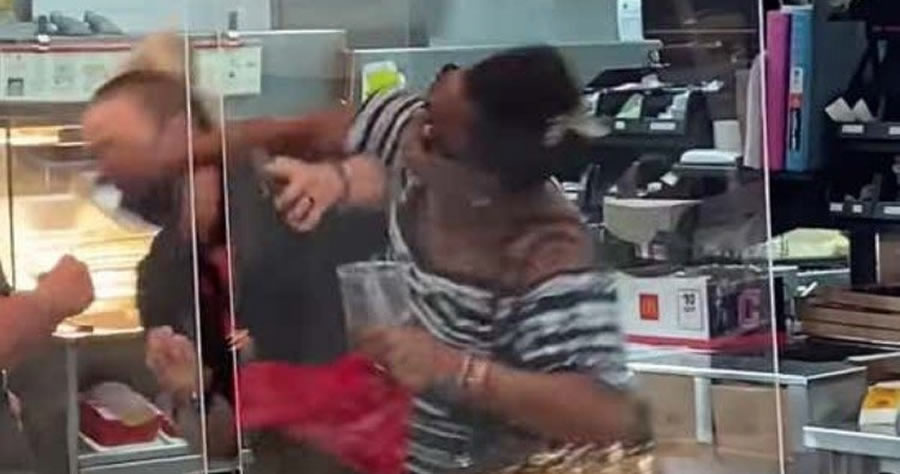 Ravenna, Ohio – A woman went berserk and became violent Monday morning after a McDonald’s manager told her she could not mix slushie flavors.

According to the witness who took video of the fight, 44-year-old Cherysse Cleveland became enraged after McDonald’s employees told her they wouldn’t mix her slushie flavors.

“I heard her ask for a slushie with all three flavors mixed into one,” the witness, Brian Allen told WOIO-TV. “Whereupon the manager informed her that they could not do that, and she became increasingly irritated and combative and decided that she would go behind the counter and fix her own drink.”

Cleveland went behind the counter and punched one of the female employees.