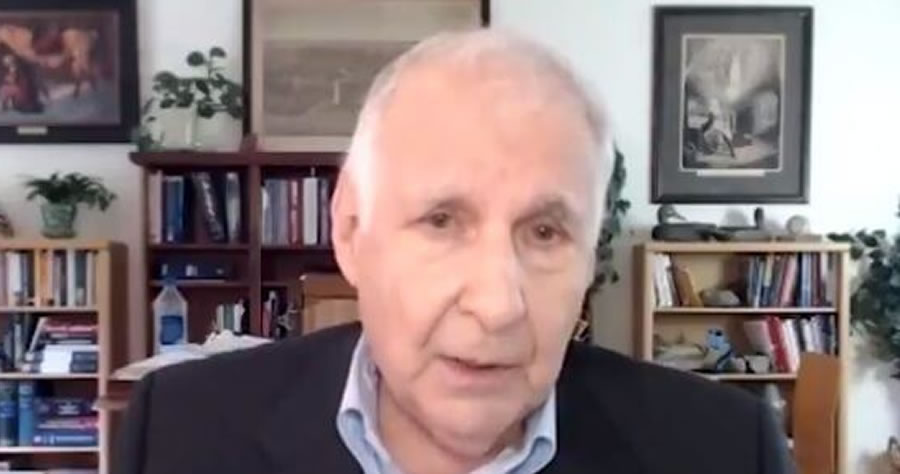 Dr. Peter Breggin argues in a new book that the U.S. government began its vaccine rollout by enticing people to get the experimental shot using various bribes, then moved on to forcing the injections on unwilling people by threatening their employment, imposing higher health insurance rates, making it more difficult for them to travel, and even denying them health care.

Breggin, 85, says we are in the midst of worldwide propaganda campaign designed to make people feel helpless, docile, and obedient. He laid out in detail what his extensive research into the pandemic has uncovered during an interview on Dr. Joseph Mercola’s podcast, last month. According to Breggin, “we are being oppressed by evil people” who are working toward a worldwide totalitarian regime.

Breggin is known as “the conscience of psychiatry” because of his opposition to shock treatment and lobotomies in the 1970s. His campaign against psychosurgery led to reform in the psychiatric profession, including the abolition of lobotomies and other experimental psychosurgeries. Breggin has written more than a dozen bestselling books on psychiatry and the drug industry.

His latest book, COVID-19 and the Global Predators, hit bookstores on September 30.

“Don’t get scared, get angry. Don’t get demoralized. They want that. There’s a whole school of public health that talks about how to intimidate and engender fear to get people to do what you want. It’s called “fear appeal,” he said. “So we have to know that there’s a war against us. They have a stealth war against us. So be proud. Be an American, be a patriot, stand up for liberty.”