Worst Swap In History: Taliban Leader Released from GITMO in Swap for Deserter Bergdahl By Obama-Biden 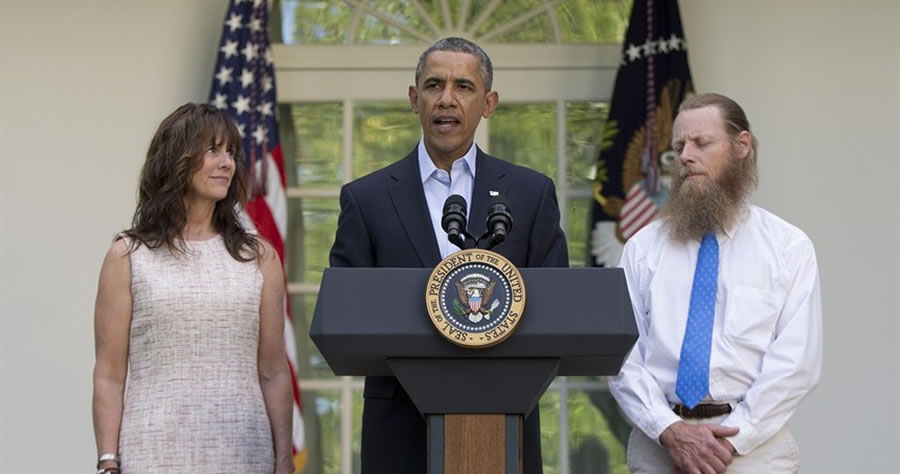 It was one of the worst trades in history, even worse than Nolan Ryan for Jim Fregosi or Kobe Bryant for Vlade Divac: Back in 2014, Barack Obama traded five Taliban commanders for one American who, we were led to believe, had been captured by the Taliban. Obama did all he could to make the swap seem noble: He said at the time that the recovery of Sgt. Bowe Bergdahl was “a reminder of America’s unwavering commitment to leave no man or woman in uniform behind on the battlefield,” and the five Taliban jihadis were sent to Qatar, where they would ostensibly be kept out of trouble. Seven years later, Bergdahl is known as a deserter, not a hero: In 2017, he pleaded guilty to desertion and was given a dishonorable discharge. And now Khairullah Khairkhwa, one of the jihadis Obama traded for Bergdahl, is among the Taliban leadership that just took Kabul.

Obama’s deal was fishy from the start. Bergdahl was known as a deserter even at the time the deal was made. Former infantry officer Nathan Bradley Bethea, who served with Bergdahl in Afghanistan, wrote in the Daily Beast that Bergdahl was “a deserter, and soldiers from his own unit died trying to track him down.” Refuting reports that Bergdahl got separated from his unit while on patrol, Bethea declared: “Make no mistake: Bergdahl did not ‘lag behind on a patrol,’ as was cited in news reports at the time. There was no patrol that night. Bergdahl was relieved from guard duty, and instead of going to sleep, he fled the outpost on foot. He deserted. I’ve talked to members of Bergdahl’s platoon—including the last Americans to see him before his capture. I’ve reviewed the relevant documents. That’s what happened.”

Three days before he deserted, Bergdahl wrote to his parents: “I am ashamed to be an American. And the title of US soldier is just the lie of fools. I am sorry for everything. The horror that is America is disgusting.”