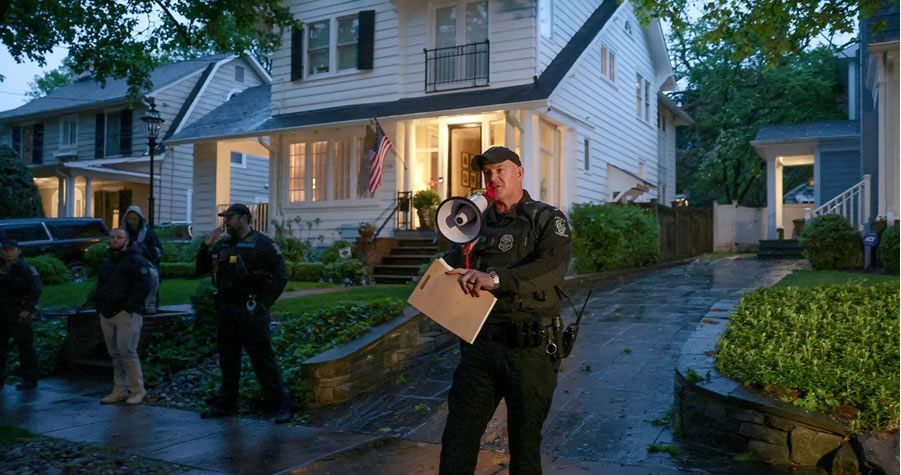 The man arrested outside Justice Brett Kavanaugh’s home has been charged with attempted murder.

Nicholas John Roske of Simi Valley, California, who was identified in a criminal complaint charging him with the attempted murder of a Supreme Court justice, was dressed in black when he arrived by taxi just after 1 a.m. outside Kavanaugh’s home in a Washington suburb.

Roske, 26, had a Glock 17 pistol, ammunition, a knife, zip ties, pepper spray, duct tape, and other items that he told police he would use to break into Kavanaugh’s house and kill him, according to a criminal complaint and affidavit filed in federal court in Maryland. Roske said he purchased the gun to kill Kavanaugh and that he also planned to kill himself, the affidavit said.

When he got out of the taxi, Roske was spotted by two U.S. Marshals who are part of round-the-clock security provided to the justices following the leak of a draft opinion last month. But Roske was only apprehended after he called 911 in Montgomery County, Maryland, and said he was having suicidal thoughts and planned to kill Kavanaugh, having found the justice’s address online. Roske was still on the phone when Montgomery County police arrived on the scene, according to the affidavit.

Several Republican lawmakers immediately condemned the threat at Kavanaugh’s home, repeating previous calls for punishment over the draft leak. Sen. Mike Lee (R-UT) tweeted Wednesday that President Joe Biden should “condemn illegal protesting at justices’ homes, and pledge to protect every member of the Court from these escalating and dangerous threats.”

“Attacks on and threats toward Supreme Court officials have gone on for too long,” Lee added.

Maryland Gov. Larry Hogan, a Republican, lauded the Montgomery County Police Department for “quickly acting to apprehend the suspect,” noting that he and Virginia Gov. Glenn Youngkin, also a Republican, “will continue to partner with both federal and local law enforcement officials to help ensure these residential areas are secure.”

Senate Minority Leader Mitch McConnell said the “disturbing” incident evinces why the Senate unanimously passed the Supreme Court security bill weeks ago that was later blocked in the Democratic-controlled House.