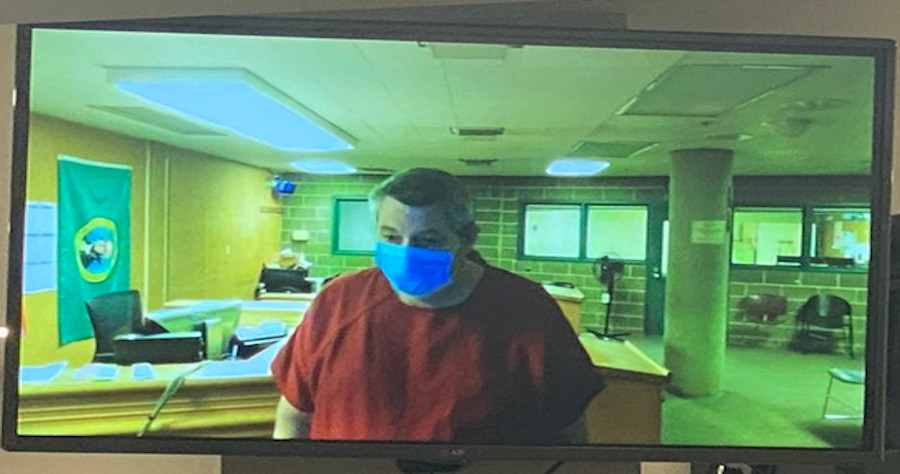 Two Whatcom County Sheriff’s Office deputies were shot and wounded after they responded to a neighbor dispute call in the area of Whatcom County’s Peaceful Valley.

Other neighbors, who are military veterans, retrieved their guns and returned cover fire so that the wounded deputies could be dragged to a safer location and have first aid rendered on them until backup arrived.

According to the Bellingham Police Department, the incident unfolded during the afternoon of Feb. 10.

Police said that the shooting suspect, Joel Berck Young, 60, became very agitated when a neighbor was burning brush around 3 p.m. Young claimed that smoke was going into his home via the windows.

The Bellingham Herald reported that Young and the neighbor yelled at each other. When the neighbor who was burning brush directed an expletive toward Young, the suspect became further enraged.

According to a report by KGMI, Young had been drinking and became infuriated to the point that he went inside and grabbed his 12-gauge shotgun.

Young then went back outside and fired his gun into the air near where his neighbor was burning brush.

Young then went back inside his home and resumed drinking beer, according to a report by The Bellingham Herald.

Hearing the gunshots, another neighbor called 911 to report it. Two Whatcom County Sheriff’s Office deputies responded to the scene.

After the deputies arrived at Young’s home, he came out screaming and showing his gun.

The deputies ordered Young to drop his gun, but the suspect allegedly responded by shooting both law enforcement officers, according to multiple reports.

One deputy was hit in the head and went down to the ground. The second deputy went in front of his coworker to shield him and was also wounded by gunfire.

At this point, KING5 News reported that two good Samaritans, who happened to be military veterans, got their own guns and then fired shots in the direction of the suspect so that the wounded deputies could be whisked away from the line of fire and tended to until backup arrived.

One good Samaritan fired multiple rounds from a handgun at the suspect so that the deputies were protected, according to The Bellingham Herald report.

KING5 identified the two veterans as Jesse Marshall and Cody Deeter, who both live down the street from the suspect.

“He stepped out, with a gun, being a threat. I’m a veteran. I’ve been to combat. I know how to handle it, it’s not fun.

“And he came out yelling, cussing and stuff.”

Deeter said he shot toward the suspect to prevent him from shooting any further at the deputies:

“When I came around the corner, he was in the doorway and I unloaded. Just to get him to go away so we can get these guys back.”

Deeter also mentioned to KING5 News that he knows one of the deputies who was injured:

Backup arrived and included several different agencies, including a SWAT team that surrounded the suspect’s home.

Neighbors looked after both injured deputies in the garage of an adjacent home.

First aid was also performed upon both deputies, who ended up getting transported to different hospitals. According to Sheriff Bill Elfo, both officers are in stable condition.

According to a report by The Bellingham Herald, the injured deputies’ names were not being released at this time “out of respect for the families,” Bellingham Police Department spokesperson Claudia Murphy told the media outlet in an email.

The suspect had retreated to his home, but surrendered to police a little after 6 p.m., according to KGMI’s report.

Young was arrested for two counts of attempted 1st Degree Murder and is being held in the Skagit County Jail, according to a report by The Bellingham Herald.

“While we are following protocols and awaiting the results of the Bellingham Police Department’s investigation for all details of the attempted murders of our deputies, a few facts have become self-evident and abundantly clear.

“First, despite being seriously wounded and impaired by their injuries, both deputies courageously followed their training, stayed in the fight and took care of each other and area residents.

“Second, we are extraordinarily blessed that several armed citizens came to the deputies assistance at the critical moments when they were most vulnerable.

“I have contacted all three of the good Samaritans and expressed appreciation on behalf of myself and all members of law enforcement and their families.

“There will be a more formal recognition of these humble citizen heroes once more details of their actions can be released.

“I’m incredibly proud of the injured deputies and all members of our organization; our law enforcement partner agencies involved in the response and investigation; our dispatchers upon whom our deputies rely upon as a lifeline; the Whatcom Prosecuting Attorney’s Office for prioritizing this case; the Fire service and Saint Joseph’s Hospital for the provision of extraordinary medical care; Support Officers Community Care for supporting the deputies’ families at this difficult time; and all the citizens who prayed and expressed support.

“Please join me in continued prayers for the full and complete recovery of both deputies and comfort for their families; the protection of all law enforcement officers; and a return to law and order in our state and nation.”