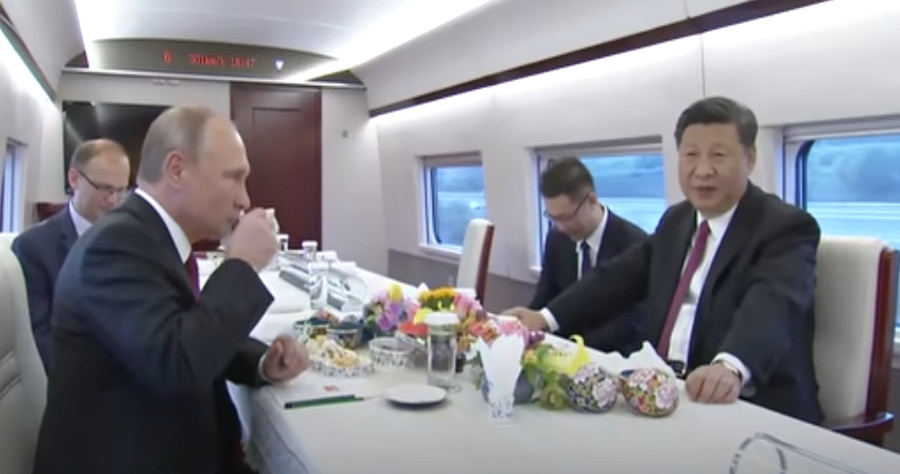 It becomes clearer every day that Chinese President Xi Jinping’s decision to double-down on his “no limits” strategic bromance with Russian President Vladimir Putin, just days before the Russian dictator launched his war in Ukraine, marks the most dangerous and short-sighted gamble of his nine years in power.

If Europe’s bloodiest conflict since World War II produces Putin’s military withdrawal, failure, or his political ouster, it has all the ingredients to pose the biggest threat yet to President Xi’s leadership, coming as it does in the leadup to his decisive 20th Chinese Communist Party Congress in November.

Geopolitical odds-makers still expect a carefully choreographed outcome at the Congress that would anoint President Xi for a third term and perhaps even as “leader for life.” That said, a Putin failure of whatever stripe could “create the chemistry necessary for a rethink of Chinese leadership inside the party,” Kevin Rudd, the former Australian prime minister, tells me. Though Xi’s control remains “comprehensive,” Rudd said, “it’s not “complete.”

There’s no doubt that President Xi must begin to consider the consequences of Putin’s ruin. In perhaps the most significant speech of his long political career, U.S. President Joe Biden in Poland departed from his prepared text to suggest what price Putin should pay for his unjustified, unprovoked and criminal war on Ukraine’s civilians.

Two days earlier in Brussels, NATO Secretary General Jens Stoltenberg tagged Xi as Putin’s enabler. “Beijing has joined Moscow in questioning the right of independent nations to choose their own path,” he said. “China has provided Russia with political support, including by spreading blatant lies and disinformation.”

What’s at stake in Ukraine’s survival is nothing less than the future of the global order and who will shape it. It’s time for world democracies to translate their reactive response to Putin’s challenge in Ukraine to a proactive embrace of a strategic opportunity. Putin’s failure in Ukraine could reverse the world’s authoritarian momentum, disrupt the Xi-Putin strategic common cause, and expose the hypocrisy that taints Xi’s global ambitions.

The problem for Xi, in this most important of years for his historic legacy, is that his problems are self-inflicted, cumulative, and growing. None on its own would be enough to turn party comrades against him, especially after a series of purges that have removed potential opponents. Taken together, however, they have dramatically changed the mood.

Xi’s inability to anticipate Putin’s military failures and mounting war crimes could increase doubts about the Chinese president’s judgment across a number of other fronts as well.

1) Xi’s more assertive and aggressive global approach, casting aside the guiding international philosophy of Deng Xiaoping’s leadership of “hide your strength and bide your time.” Even Communist elites, who are otherwise hostile to the United States, are coming to realize that a quieter building of Chinese military, and economic and technological power would have produced better results than “wolf-warrior diplomacy.”

2) Xi’s crackdown on the power and freedoms of the Chinese private sector, and particularly its technological giants,  is also backfiring. The lost confidence and reduced foreign investments in China’s private sector, which still makes up more than 60% of GDP, is slowing Chinese growth and reducing its competitiveness.

3) Many of China’s Communist party elite, particularly those of Xi’s generation or older, worry about their own careers and fates should Xi be reappointed for a record third term this November. Rumors are rife that Xi will bring in a new generation of leaders, more likely to be compliant, while he pushes off any consideration of successors.

4) The myth is being shattered of Xi’s mastery of the Covid-19 pandemic, which until recently was one of his primary sources of leadership credibility. Chinese anxiety is rising around new outbreaks, already leading to major lockdowns in Shenzhen and Changchun in northern China. Xi’s strict zero-Covid approach has left his country with low vaccination rates, especially around booster shots, less ineffective vaccines, and unanticipated economic difficulties.

With all that as context, Xi and Putin on February 4 — with the Beijing Winter Olympics opening and more than 150,000 Russian soldiers massing on Ukraine’s border — signed their 5,300-word statement “that the new inter-State relations between Russia and China are superior to political and military alliances of the Cold War era. Friendship between the two States has no limits, there are no “forbidden” areas of cooperation.

Dissecting that pact in this space, I wrote: “This is big. The two leading authoritarians of our time have declared unprecedented common cause – perhaps even a de facto security alliance – with aspirations of shaping a new world order to replace the one fashioned by the United States and its partners after World War II.”

It is naive to think Putin did not share his invasion plans with Xi ahead of this move, or that Xi didn’t understand that the joint statement served as a green light for Putin’s Ukraine war. Western leaders are mistaken to believe the time is ripe to separate Xi from Putin. Their argument is that reputational, economic, and domestic political considerations inevitably will change Xi’s calculus. Chinese officials looked on in dismay as the UN General Assembly voted 141-5 to demand Russia “immediately, completely, and unconditionally withdraw all of its military forces from the territory of Ukraine within its internationally recognized borders.”

However, Xi must weigh that against larger strategic imperatives: his determination to secure his northern border, his desire for continued access to Russian energy (now deeply discounted), and all that China gains through Russia’s actions to disrupt and distract the U.S. around the world, from the Middle East to China’s own elections.

Finally, even a much-weakened Putin is better than no Putin at all for Xi, given how much the Chinese leader has invested in the relationship through more than three dozen meetings since 2014. The potential consequences for Xi of Putin’s ouster are so terrible that he’ll be more likely at the last possible minute to support a peace deal that would leave Putin far short of his maximalist Ukraine goals.

What that won’t change is Putin’s setback for Chinese global interests. “The democracies of the world,” said Biden in Warsaw, “are revitalized with purpose and unity found in months that we’d once taken years to accomplish.”