Yale Student Accuses Ted Cruz of Racism: That Was A Mistake [VIDEO] 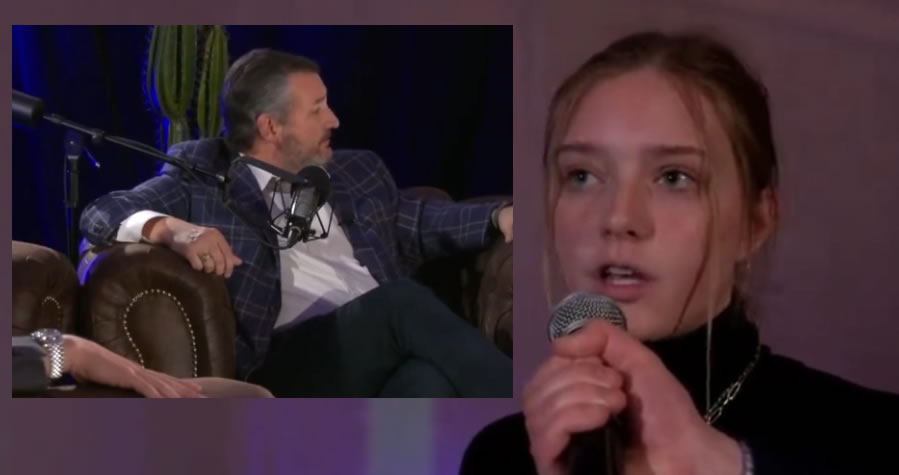 Ted Cruz, as part of his “Verdict” podcast, recently held an event at Yale University. Appearing alongside The Daily Wire’s Michael Knowles and conservative commentator Liz Wheeler, the Texas senator fielded a variety of questions from the crowd.
One, in particular, led to a heated exchange, though Cruz was stoic as always, even as he was lighting the questioner on fire.

A student (or I assume she’s one) asked him about his questioning of Ketanji Brown Jackson during her confirmation hearing. It wasn’t the details she was concerned with, though. Rather, she accused Cruz of asking “racist” questions and of being disrespectful to the now-Supreme Court Justice.

The first thing to always notice when an exchange like this takes place is just how vague the charge is. This woman says that Cruz’s questions were racist, yet she provides no examples at all to show how. As someone who followed the Judge Jackson hearings, I have a pretty good handle on what the Texas senator asked, and every single point he hit was about her judicial record. If one is going to accuse another person of racism, shouldn’t they cite the supposed racism?

Of note is that he didn’t accuse her of gang rape, nor did he go through her yearbook to ask her about drinking games. Rather, he asked her about her record regarding child pornography, and about her serving on the board of a school that flagrantly teaches Critical Race Theory. Given that the latter is, and stick with me here, a legal theory, it would seem highly relevant to find out whether Jackson plans on using it in her decision-making process.

Getting back to Cruz’s response, he begins by pointing out the abject hypocrisy of the left when it comes to protecting black candidates and nominees. If it was racist to question and vote against Jackson simply because she’s a black person, why was it not racist when Democrats did the same thing to Clarence Thomas? Or Janice Rogers Brown? Cruz then notes how casually the left tosses around the accusation of racism, rarely providing any proof for their claims. Likewise, he points out that liberals didn’t consider it sexist when Democrats voted in lockstep against Amy Coney Barrett.