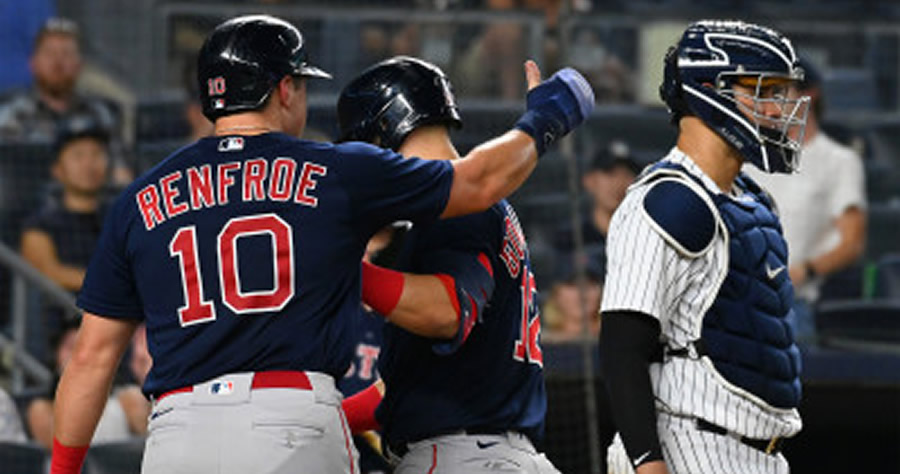 The Yankees are quickly going from bad to worse.

Hoping a seven-game homestand against division rivals would help them move up the AL East standings, the Yankees instead got run over, with four straight losses to close it out.

The last one came with some drama, as the Yankees blew a lead — and then a chance to win it in the bottom of the ninth before a terrible call ended the inning and fell 6-5 in 10 innings.

“It’s an awful week for us, culminating in the end of this homestand,’’ Aaron Boone said after the Yankees were swept by the Red Sox in The Bronx for the first time in a decade. “We’ve got to get right. We’ve got to get better. It starts now on the road as we head to Minnesota.”

The Red Sox scored twice in the 10th on a two-out single by Xander Bogaerts off Luis Cessa and the Yankees couldn’t come back in the bottom of the inning.