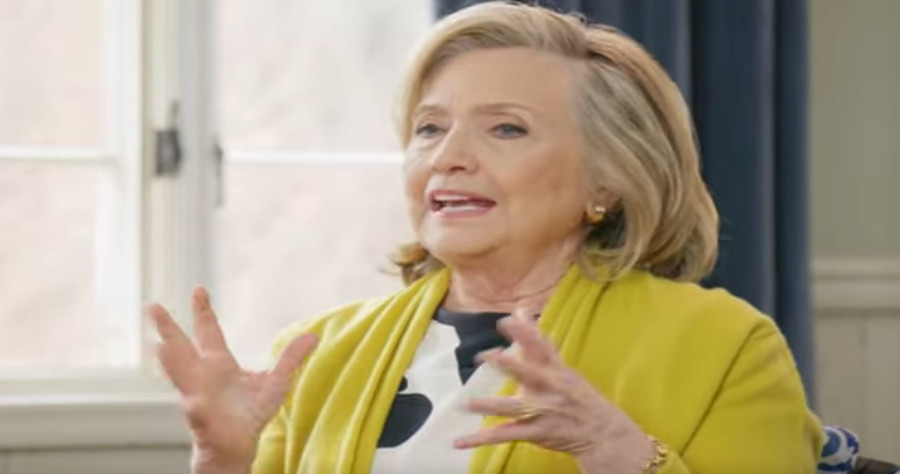 As bad as Joy Behar and Whoopi Goldberg are, the idea of Hillary Clinton joining this foolish gaggle is similar to Revenge of the Sith when Emperor Palpatine sends Darth Vader to join the trade federation folks on Mustafar.

Yes, the Trade Federation goons were misguided and corrupt, but they weren’t evil Sith lords. Hillary Clinton is the evil Sith Lord. (Seriously, didn’t you see this picture?) Star Wars references aside, Hillary Clinton was recently named as a possible contender for not-so-conservative Megan McCain’s temporary replacement. It would absolutely be a ratings bonanza for the somehow-watched show featuring out-and-out racists and Holocaust deniers. It would also be horrendous for everyone else.

Newsbusters reported on the floating of a possible Clinton guest host gig:

“With ABC still struggling to find a conservative woman to take over for the fierce Meghan McCain on The View, Sara Haines [host of The Chase] seemed to be uninterested in that search as she told ABC chief anchor George Stephanopoulos on Wednesday’s Good Morning America that her “dream” new co-host would be two-time failed presidential candidate Hillary Clinton.”

The first thing that stands out to me is that they consider Meghan McCain a fierce conservative. It’s no wonder they hate us; they think milquetoast RINOs are combative.

The second thing that stands out is that a former Hillary Clinton lackey gets lobbed a question from a former Bill Clinton lackey – and gets to suggest that the former return to the public arena in a powerful way. It’s all a coincidence that the guest and host both got paid by Clintons and then are name dropping Clintons for juicy roles. A massive coincidence.

Haines went on to explain her reasoning during the interview:

“I don’t know but when she comes on to that set even when the cameras are off we are grilling her with questions. She’s just so different in person and she has such a wealth of knowledge that to sit there and look at hot topics, I don’t know if I’d chime in. I mean, I wouldn’t have that — I’d want to listen to what she said but I love every time she comes.”

I actually agree 100% with this quote. When she says she just wants to listen, she’s admitting that she just wants Hillary to tell her how to think, feel, and act. Covid scary, climate scary, MAGA ultra. Just tell us what to believe, Hillary!

Thankfully, although nothing is impossible anymore – heck, even Mr. Vax Scene himself, Stephen Colbert, tested positive for the Rona. And he’s boosted! – the odds of Clinton staying forever are at least slim to none.

Newsbusters goes on to write that the two allegedly strong candidates are not named Hillary.

“As for the selection of a conservative woman who could fill McCain’s old seat, they’ve been sort of bouncing back and forth between former Trump White House Communications Director Alyssa Farah Griffin, who’s honestly been rather squishy with defending conservative and Republican policies, and Lindsey Granger, host of Daily Blast Live.”