“You are such a pain in the neck”: Biden Slams Reporter For Asking About VA Vaccine Rule [VIDEO] 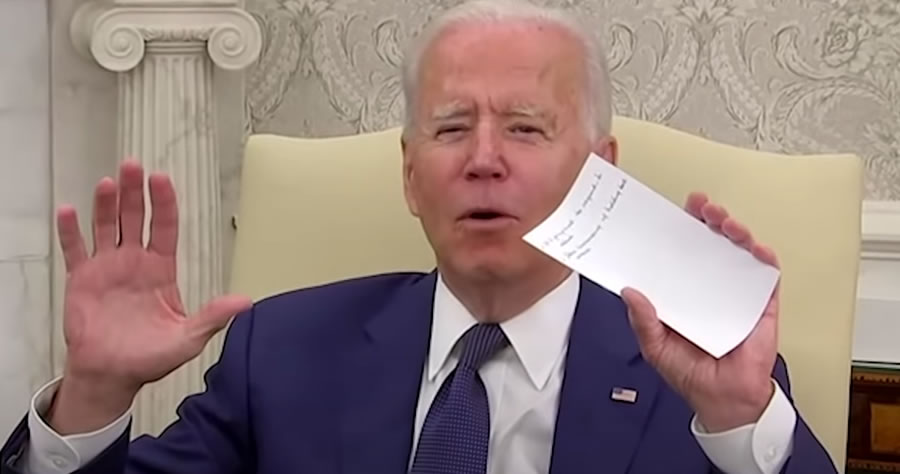 President Biden on Monday called a reporter a “pain in the neck” for flouting his request for questions only about the US ending its combat mission in Iraq — continuing his habit of lashing out at journalists in response to questions he doesn’t like.

NBC News reporter Kelly O’Donnell disobeyed Biden’s request for questions “about Iraq” and asked Biden instead about reports that the Department of Veterans Affairs would require staff to get vaccinated against COVID-19.

“You are such a pain in the neck. But I’m going to answer your question because we’ve known each other for so long. It has nothing to do with Iraq,” Biden said, before confirming that the VA would be the first federal agency to compel vaccination.

Biden was hosting Iraqi Prime Minister Mustafa al-Kadhimi in the Oval Office when he rebuked the veteran journalist, who often appears on MSNBC.

O’Donnell was elected this month to be president of the White House Correspondents’ Association. The association picks presidents two years in advance and her one-year term begins in 2023.

Biden is well-known for being short-tempered with reporters — though his defenders point out that former President Donald Trump routinely called news outlets “fake news” and certain journalists “enemies of the people.”

Last month, Biden apologized to CNN reporter Kaitlin Collins after making personal jabs at her during a press conference in Geneva, Switzerland, when she asked him after his meeting with Russian President Vladimir Putin, “Why are you so confident he’ll change his behavior, Mr. President?”

“I’m not confident he’ll change his behavior! What the hell? What do you do all of the time? When did I say I was confident?” Biden shot back as he walked toward her with his finger in the air.