“You Can Boo All You Like,”: A Crowd Of Over 2,000 GOP Delegates Booed “Traitor” Mitt Romney [VIDEO] 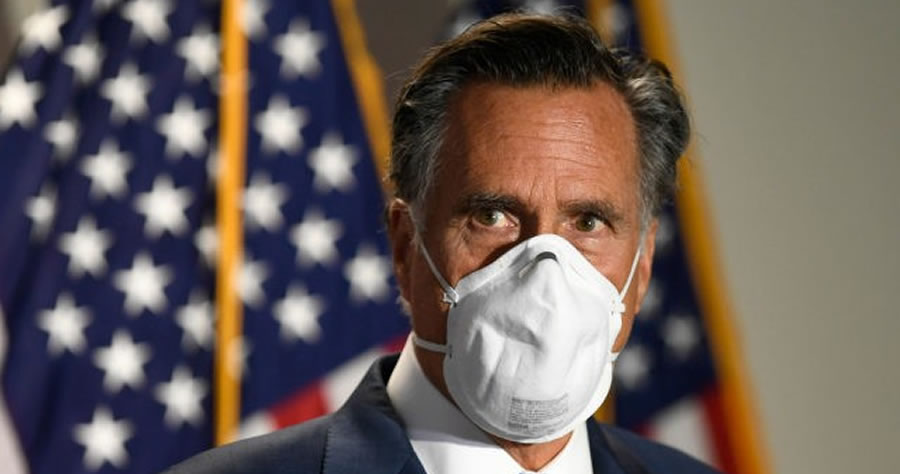 Sen. Mitt Romney (R-UT) took the stage at the Utah GOP convention on Saturday, where he was booed by several of those in attendance.

“Aren’t you embarrassed?” Romney said as he was greeted with a chorus of catcalls when he took the stage at the Maverik Center in West Valley City, The Salt Lake Tribune reported.

“I’m a man who says what he means, and you know I was not a fan of our last president’s character issues,” said Romney, who was loudly reminded that he was the only Republican senator to vote to convict former President Donald Trump in his first impeachment, and one of seven to vote to convict in the second impeachment following the Jan. 6 Capitol breach.

Delegates tried to shout Romney down, calling him a “traitor” and “communist.”

“You can boo all you like,” Romney added. “I’ve been a Republican all of my life. My dad was the governor of Michigan and I was the Republican nominee for president in 2012.”

Derek Brown, Chairman of the Utah GOP, eventually stepped in and told those in the audience to be more respectful.

Despite the rowdy crowd expressing opposition to Romney’s presence at the convention, he said, “We need to come together in strength and unity.”

Other members of the audience, those who support Romney, attempted to show their appreciation for the senator as he faced backlash from the crowd.

Romney, who served as the Republican nominee for president in 2012 against former President Barack Obama, has faced immense backlash and an unsuccessful censure vote by Utah Republicans over his votes to impeach former President Donald Trump. A total of 711 voted to censure Romney, while 798 voted against the effort, signaling a clear divide within the state Republican Party. 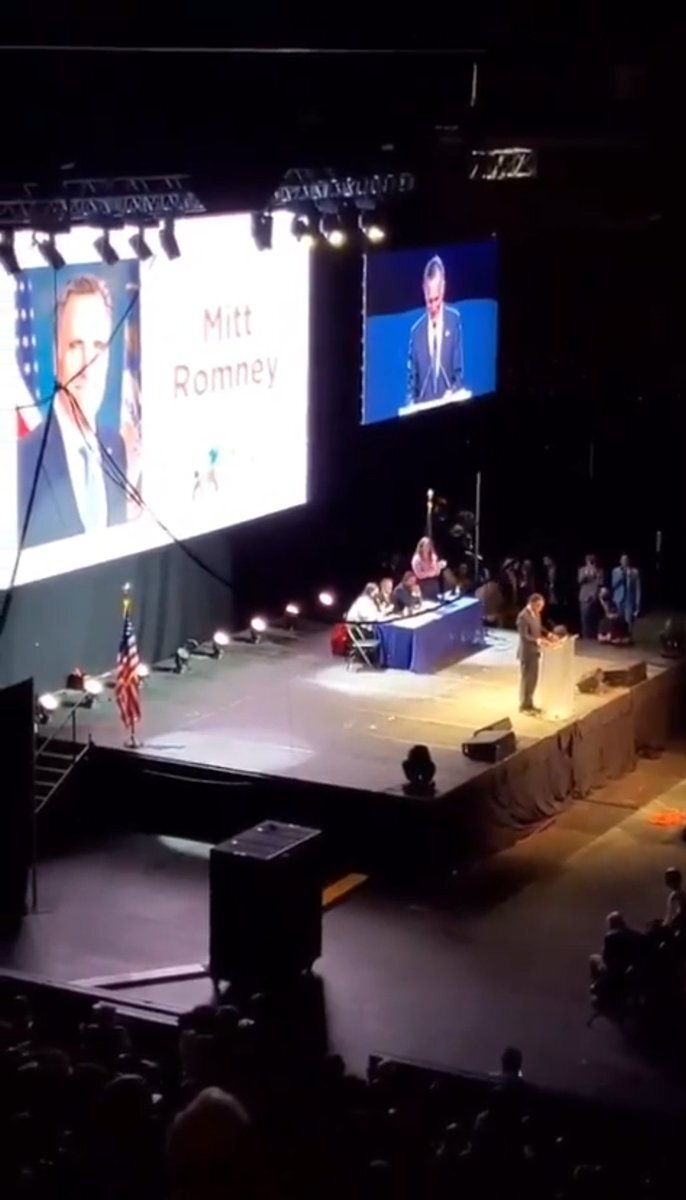