You Can Thank Mike Pence For The Biden Trainwreck 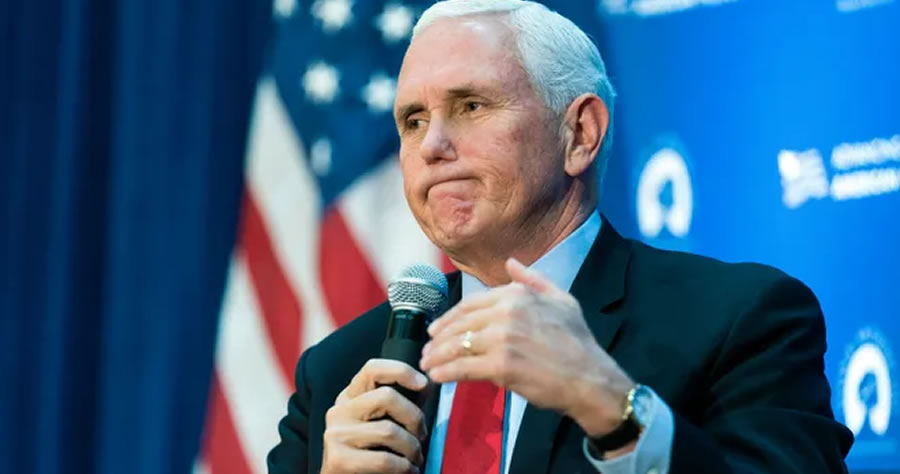 There can be little doubt that former Vice President Mike Pence thought he was doing the right thing. There are certainly many pragmatic reasons for his decision to not intervene in the electoral processes during those fateful days in January 2020. We’re a year and a half into the geriatric Biden regime and those pragmatic reasons are quickly losing their luster.

The nation is suffering—not from the constitutional crisis feared by the establishment but a systemic, methodical, sadistic infliction of pain and loss resulting from disasters of policy that are breathtaking in scope and frequency. It’s almost as if Biden and his administration hate Americans, our Constitution, and want to extract a pound of flesh from anyone they think supported President Trump.

The list of horribles is almost too extensive to believe: thirteen dead servicemen and women resulting from the botched retreat from Afghanistan, with thousands more left behind to suffer the predations of a stone age tribe—billions in weapons and machinery left to be co-opted by the oppressive Taliban. A war in Ukraine ignited by Biden’s insipid, bungling foreign policy, his disaster in Afghanistan, and his failure to act unequivocally in the face of Russian aggression. Soaring energy prices. A dismantling of the southern border and an invasion of illegal aliens by the millions. A flood of fentanyl, pouring through a porous border, that’s slaughtering vulnerable Americans wholesale—a product of communist China. Unbridled inflation. An impending food shortage. Bloated gas prices. Critical race theory in public schools—indoctrinating our children with the dogma of inherent racism. The injection of transgender theory and the normalization of pedophilia and grooming by liberal “educators.” Hunter’s laptop filled with child pornography, and evidence of a real Chinese influence campaign involving his father. The political persecution and imprisonment of January sixth protestors. And, COVID mandates that criminalize conscience.

It’s astounding how tattered and debased America has become in such a short time. The Democrat party seems to always bring destruction in its wake.

All of this begs the question—was it worth capitulating to the constitutional crisis crones and Never-Trumpers in January 2020? With the impending discontinuance of Title 42 immigration measures, our country will be transformed by the end of Biden’s first term. A staggering 20% of America’s population will be composed of illegal immigrants. We will lose our republic. In light of this, any argument regarding setting a bad precedent concerning the Vice President’s meddling with electoral college votes seems silly in the extreme. We’re now struggling for national survival.

The duties of the Vice President are ambiguous, given the language in the 12th Amendment to the U.S. Constitution, and in Article two of the same. The 12th Amendment states, in pertinent part,”the President of the Senate shall, in the presence of the Senate and House of Representatives, open all the certificates and the votes shall then be counted.” What follows is a procedure to be used in case of an electoral college tie vote. Essentially, the House of Representatives is to vote without delay, each state having one vote. “The person having the greatest number of votes shall be president.”