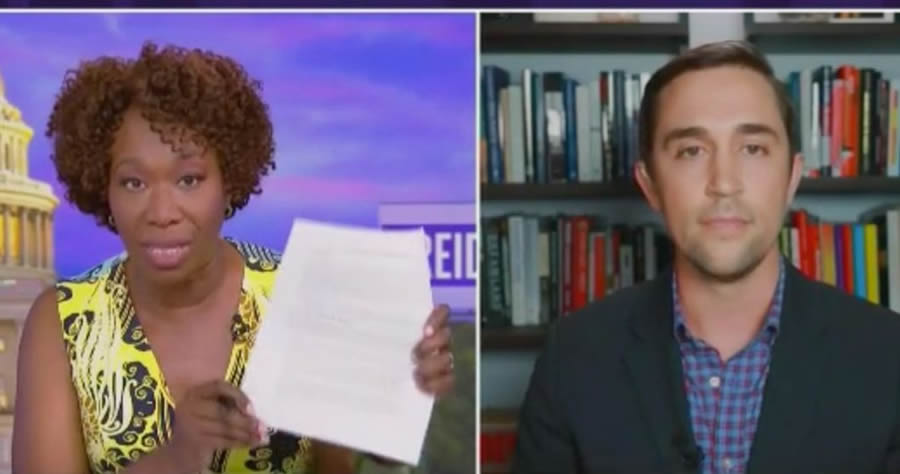 MSNBC host Joy Reid had Christopher Rufo, a senior fellow at the Manhattan Institute and one of the most prominent critics of Critical Race Theory (CRT), on her show Wednesday night to discuss the topic.

Reid frequently interrupted Rufo when he was trying to repeat quotes about CRT and said that she doesn’t “allow people to just make up and say lies on the show.” Reid also claimed that author Robin DiAngelo is not a Critical Race Theorist, as Rufo had argued earlier in the segment.

The MSNBC host asked Rufo to explain the origins of the term “whiteness.”

“Whiteness is the idea that there is some kind of metaphysical category in the world that all white people are reducible to this essence of whiteness,” Rufo argued. “Then what happens is they load all of these negative connotations. They say whiteness is by definition that includes white fragility, includes white privilege, includes internalized white superiority. Then what they do is they try to impose these reductive racial categories onto individuals.”