I Did That! Your Pain at the Pump Is Biden’s Plan 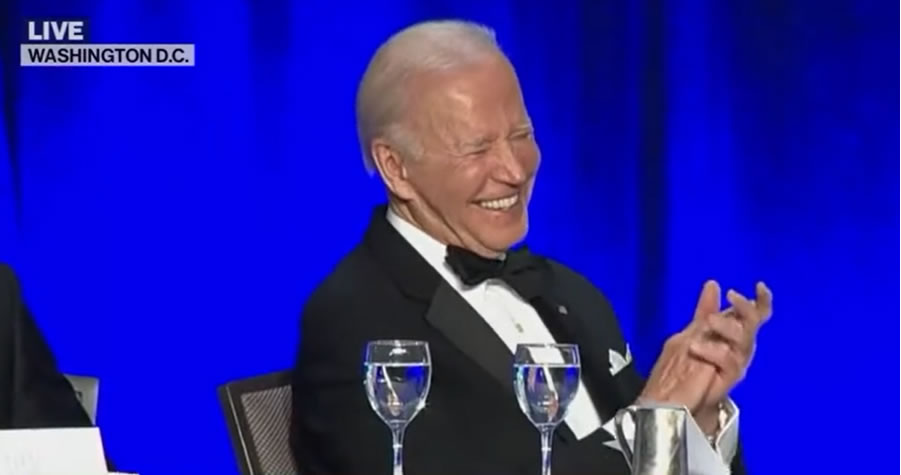 June 9, 2022 – a day that will live in infamy. That’s the day that the national average for gasoline officially broke $5.00 a gallon. And, yes, Joe Biden did that!

Gas prices have more than doubled since Biden took office, and they have been breaking new records day after day after day. Some California gas stations are approaching $10 a gallon. Sadly, your pain at the pump is only going to get worse.

But here’s what you must understand and what you must help your friends and family members to understand: Your pain at the pump isn’t an accident. It’s all part of Joe Biden’s plan.

High energy prices are the predictable, desired, and deliberate result of the Democrat jihad against the American energy industry. They are an essential element of their “climate change” agenda. But don’t take my word for it. The left has been very open about it.

·Obama’s energy secretary said they wanted gas prices to be at “levels in Europe,” where gas has typically been around $10 a gallon.

·Hillary Clinton said she would put coal miners out of work.

·Joe Biden said he wanted to “transition away” from the oil and gas industry.

So, almost immediately after taking office, Biden canceled the Keystone XL pipeline, and began choking off future supplies of oil and natural gas.

His political appointees (here and here) are demanding that we bankrupt our energy companies in the name of “climate change.” And they want to impose carbon taxes and “social costs” to energy, making it more expensive, thereby forcing you to change the way you live.

Democrats say they’re for “the little guy” and the working class. But most hard-working Americans — the single mom working two jobs, the cop on the beat, the waitress or retail worker, truck drivers (and that’s a big one given everything that is transported by truck!) — are being crushed by these budget-busting prices.

Not surprisingly, 72% of Americans disapprove of Joe Biden’s energy policies, and the White House knows it has a major problem on its hands.

So, President Biden recently invoked the Defense Production Act to address our energy crisis. But he’s not using this extra authority to alleviate your pain at the pump by getting more oil out of the ground or more gas for your car. He’s making more solar panels.

Unless you’re driving an expensive electric car, which is what Biden wants, solar panels won’t do a thing to lower gas prices. By the way, where’s the electricity for that electric car coming from?

At the same time, Biden is dropping tariffs on solar panels the Commerce Department suspects were made in China. That is completely counterproductive because it will be harder for American solar companies to be competitive against companies subsidized by the Chinese Communist Party.

Moreover, communist China is moving aggressively to corner the market on the rare earth minerals that are vital to “green energy.” As Biden crushes the American energy industry, he is enriching communist China!

But Beijing isn’t the only foreign beneficiary of Biden’s “America Last” policies. Desperate to lower gas prices, Biden has tried appeasing the mullahs of Iran, pleading with Venezuela’s Marxist dictator and now he’s reportedly begging the Saudi royal family for help, after having condemned them as a “pariah” state.

If Joe Biden and the Democrats weren’t ideologically boxed in by the far-left and their radical “green agenda,” they would work with the great American energy industry, like Donald Trump did, to make us energy-independent to reduce your pain at the pump. But they won’t.

Instead, they’re trying to mass-produce solar panels and begging foreign dictators for help. Remember that the next time you spend $100 or more to fill up your tank.

If we want to change these disastrous policies, progressive politicians need to feel your pain at the ballot box!

Gary Bauer, former chief domestic policy adviser to President Reagan and a Trump-appointee to the U.S. Commission on International Religious Freedom, serves as president of American Values and chairman of Campaign for Working Families PAC.