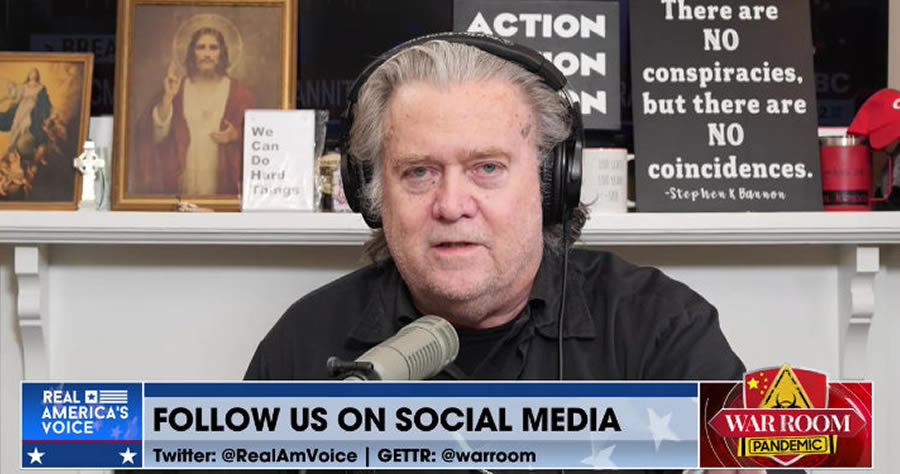 So, with all the pressure piling up on the FBI to explain the role of Ray Epps in the Jan. 6 Capitol siege, the House’s January 6 select committee has announced that it did talk to Epps and he denied that he was a fed or an agent of the FBI. Sen. Ted Cruz tried to get the FBI assistant director to address the role of Epps on Jan. 6 and got a bunch of “I can’t answer that” responses. Something is up, and Steve Bannon wants answers.

“The committee [said] Epps informed us that he has never been an informant to the FBI or any other law enforcement agency. If that’s true… why is he not under arrest? Why is he not down in the D.C. jail? Why is he not in solitary confinement? … Why then is Ray Epps not in custody? You guys are liars.”

In Part 2, Darren Beattie of Revolver.News applauds Cruz but says much remains to be done.