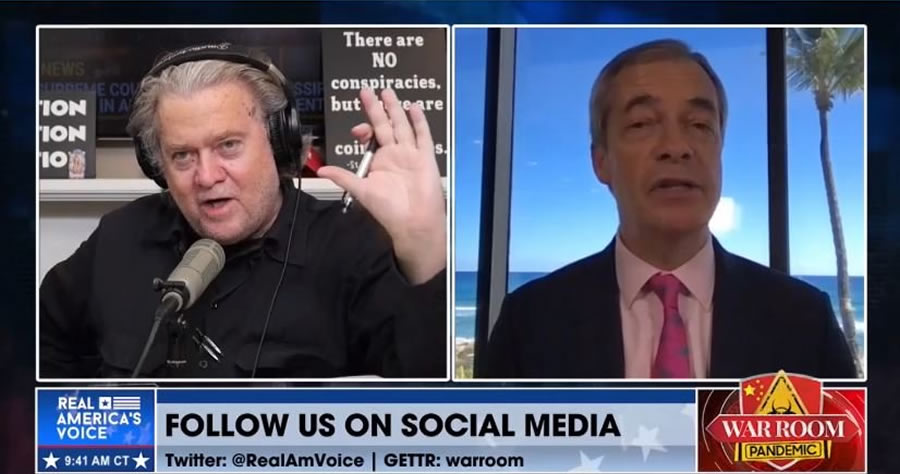 Nigel Farage will interview President Donald Trump later today on everything from Meghan Markle, to Boris Johnson, to his future in politics.

During their interview Nigel Farage downplayed the November 3rd movement suggesting it was negative and turned off Republican voters.

Steve Bannon stopped him in his tracks!

Steve Bannon: OK. You’ve always been anti-establishment. The establishment will say, “Oh, we just got to focus on the future and new laws. That is incorrect. There is only one way to do this. And you know how determined I am Nigel. I will never give up on this. We will get to the bottom of 3 November… If we allow the largest, most powerful nation on Earth to just sit there and say, “Hey they stole it and we have to change a few laws, and focus on the future,” we don’t stand for anything… How can we look these people in the eye and say, “Yeah, it was too hard. It was too much”? How can we do that, sir?…