Zelenskyy speech convinces Gutfeld: ‘Maybe Russia is screwed… I have this feeling Ukraine will win’ 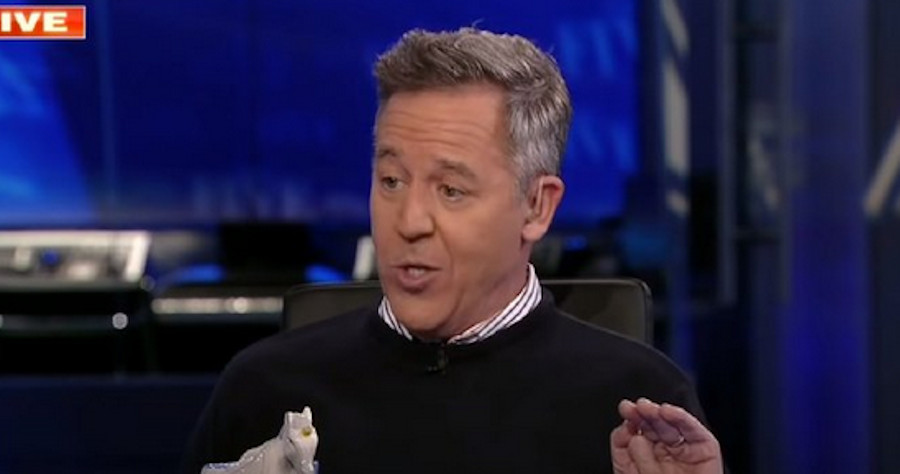 After previously cautioning about spin coming from both sides that could have dire repercussions for the U.S., a somewhat more optimistic-sounding Greg Gutfeld seems to have changed his tune after Ukraine President Volodymyr Zelenskyy’s “needle-moving” speech to a joint session of Congress on Wednesday.

Reacting to what he deemed a persuasive address, Gutfeld implied that he is now a believer, adding that “I have a feeling that Ukraine will win” the war against the invading Russian Federation military forces.

Leaving sentimentality aside, Gutfeld, ever the satirist, began his analysis on the Wednesday broadcast of “The Five” roundtable on Fox News by joking about the toxic masculinity inherent in Zelenskyy’s remarks to the federal lawmakers.

“And my whole argument since this whole thing started was, don’t support something for sentimental reasons because if they lose, you lose nothing. But they lose everything. So you better support something if you want them to win,” the Fox News host added.

“And I think there was a feeling here…that this is always been a battle between your heart and your mind, right? Your heart wants him to win; your mind says there’s not gonna be a chance,” Gutfeld continued.

“In this case, I didn’t feel that was an emotional appeal. I thought that was an intelligent appeal. It was a persuasive appeal. He even said, ‘If you don’t give us the no-fly zone, here is an alternative.’ We want to use this other stuff that’s in Poland, and then you can come and replace that,” the previously skeptical Fox News personality noted.

Gutfeld on Ukraine: You call me ‘inconsiderate, cold-hearted pu**y … why can’t I call you pro-war?’ https://t.co/U7VUlakohP pic.twitter.com/FQiEBtHRe8

Gutfeld went to say that he’s been wondering if the lack of “audacious diplomacy” is perhaps because the U.S. and Ukraine “knows that maybe Russia is screwed” in the conflict that could come to end in another two weeks, although the devastation in the warring countries could be massive.

The outcome could also be a harbinger of the end of the Putin regime. Including a stint as prime minister, President Vladimir Putin, who perhaps expected an easy win in Ukraine, has controlled Russia with an iron hand since 1999.

“Maybe it is only gonna take ten days more. And that sure, it’s gonna get brutal and ugly, but they’re going to lose. I want to be optimistic about this, but I have this feeling that Ukraine will win. It’s a possibility Ukraine will win, but their country will be destroyed,” Gutfeld asserted. “We know that Russia is destroyed.

“Putin has destroyed Russia. There’s no going back from this. There is no way back for Russia being normal as long as Putin is there. He knows that now; I think even his close circle knows that. He totally f-up.  He bit off more than he can chew. He’s screwed,” Gutfeld continued. “He has to win. He’s not going to, so he’s gonna destroy this country. That’s the sad part about this. So I guess what I’m trying to say is both my heart and mind…were moved by [Zelenskyy’s] speech…”

“We all know your mind is much bigger than your heart,” co-host Jesse Watters chimed in to lighten the mood somewhat.

“I take that as a compliment,” Gutfeld responded playfully.

With the help of Fox News staff on the scene, Gutfeld’s mother-in-law was safely evacuated from Ukraine.